A Few Thoughts and Questions

Posted by Jeremy at 2:34 AM No comments: Links to this post

During this time of global economic crisis, my impression is that if one is looking for a job, the sign business is the place to go. More and more signs are popping up all over Croatia. Is it due to the fact that standards now have to measure up to those of the EU?

Regardless, I've figured out that the red and white posted signs must be temporary and indicate wintry weather. Here a few of them - some of which are self-explanatory (are they necessary though?), and the last one which is not. Any guesses for number 3?
1. 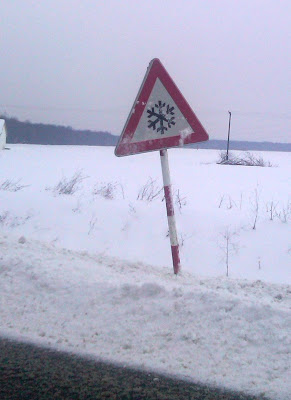 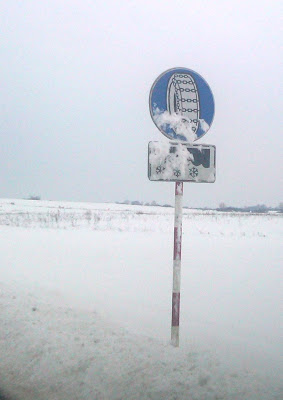 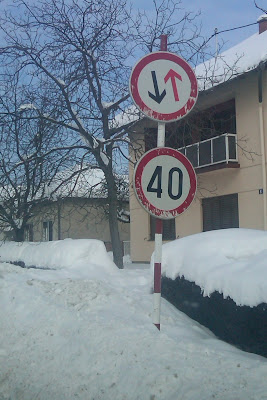 Snow and Cold Making it Difficult in Eastern Europe 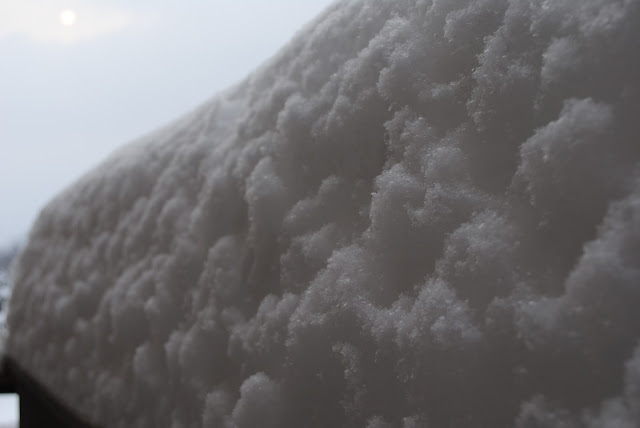 I love the snow. Since it began falling a little more than a week ago, my boys and I have enjoyed it immensely. Some of the enjoyment has come from the fact that it normally doesn't snow as much in Croatia as it does in the parts of America I've lived.

But the snow and cold temperatures have greatly affected those in Eastern Europe who are less fortunate. 200 people have died in the last couple weeks - the majority in Ukraine. Sarajevo has seen more than 39 inches of snow accumulate - keeping some from receiving basic necessities. The Danube has been shut down for shipping in four countries. A bus was stuck in a tunnel for days in Serbia. A hospital in Split, Croatia used their two year supply of cement in five days for all the patients who came in with fractures from falling on the ice.

These are just a few examples of the difficulties this unusual cold streak has brought to Eastern Europe. Please keep this part of the world in your prayers.

Posted by Jeremy at 10:47 AM No comments: Links to this post

Email ThisBlogThis!Share to TwitterShare to FacebookShare to Pinterest
Labels: snow 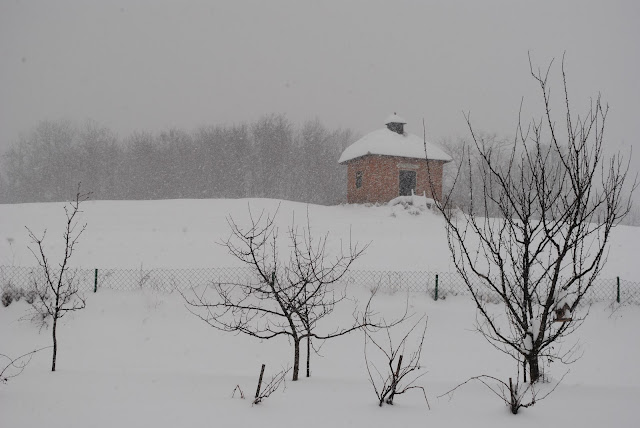 I've learned to have as much confidence in the weather forecast when it's snowing in Croatia as Ahmad Bradshaw had when he reluctantly tripped into the end-zone on Sunday evening.

Don't get me wrong. It's not because the meteorologists here don't know how to do their job. It's not even that they don't have weather portions of the daily news.  As I've said before, they just don't make as big a deal about it as they do in America. And, living in small town Croatia, near a mountain and  away from any of the bigger cities, it's difficult to find a forecast that tells me what's going to happen in my neck of the woods.

So I found this Norwegian site that gives me the weather prognosis - even for our town of 4,000. From what I can tell, they do a better job predicting the weather here than any other source.

Which leads me to last weekend.

We had some friends come over soon after the storm began. They had planned on returning home that evening, but seeing that the snow was still accumulating they accepted our invitation to stay overnight.

Knowing that they had some obligations the next day, I kindly told my friend with confidence that the Norwegian forecast indicated that it would stop snowing in three hours and wouldn't start again for another 24. I figured that kind of information would help him plan. I like to plan. Doesn't everyone like to plan?

But as I looked at his face, I suddenly remembered I was a foreigner.  I had made the conscious decision years ago to move from a schedule-oriented culture to a relationship-oriented culture. "Who in the world knows exactly when it's going to stop snowing? And what kind of crazy person even cares?" he was thinking. What he said was something like "so in other words, you want us to leave as soon as it stops snowing?" Relationship-Oriented Culture.

The smile indicated he was joking. But the conversation we had about it later proved he was thinking what I thought he was thinking. No one in their right mind cares to find out exactly when the last snowflake will fall. Nor are they concerned about how much will accumulate. It's either a lot of snow or it's not.

In this case, it was up to our kids' waists. But we knew that by looking outside. And by throwing them in it. Plus, we were all flexible enough to change plans when we saw it was too much for them to drive home safely in.

Since then I've only checked the Norwegian forecast once. Ok, I looked twice.  But I'm trying to go with the flow and be a little more flexible than I used to be.
Posted by Jeremy at 5:27 AM No comments: Links to this post