When Culture Shock Sleeps in Your Bed

We almost forgot. The Jurassic age that had arrived last week had disappeared over the weekend. We no longer had any expectations on Monday morning. So when we came into the living room to get ready for pre-school we were surprised to find our prehistoric friends very comfortable. 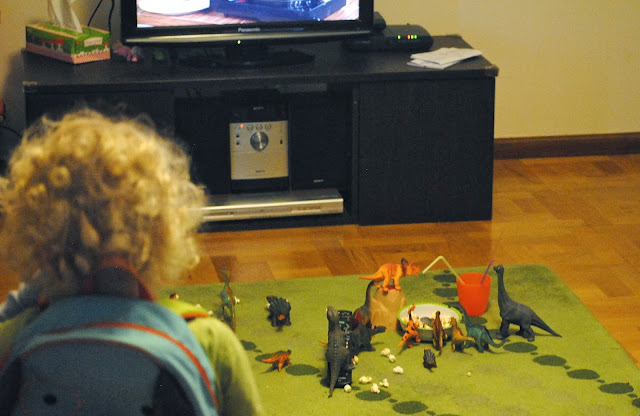 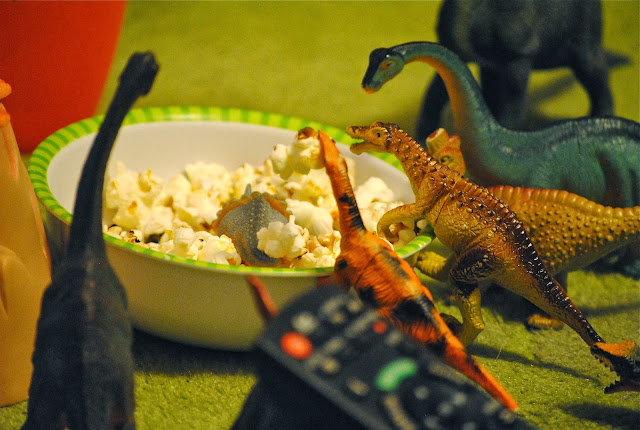 We were still in a daze so we didn't even think about how they might have made the popcorn. But it turns out food is a major part of their lives. 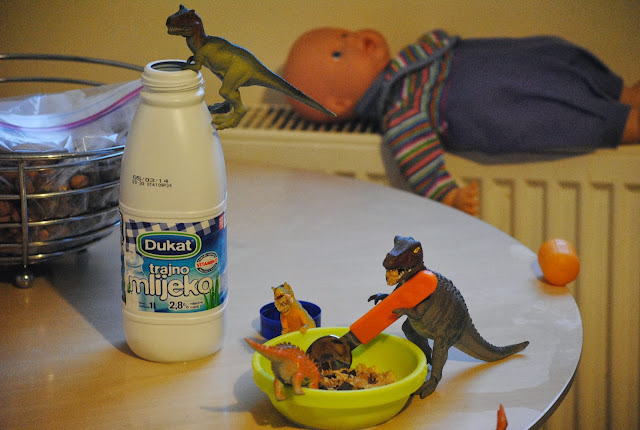 There was no question their leader was beginning to assert herself more and more. 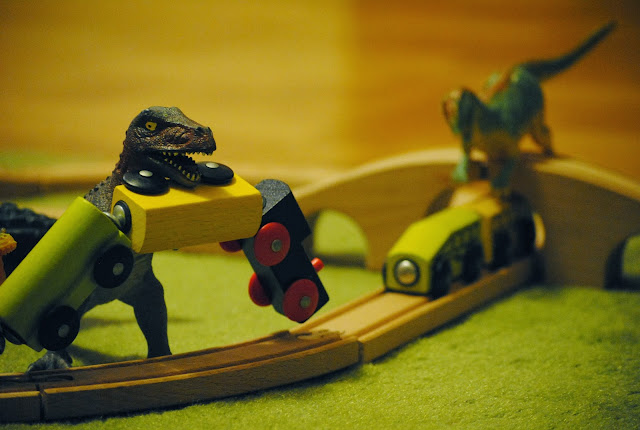 In fact, all of their personalities were beginning to come through. 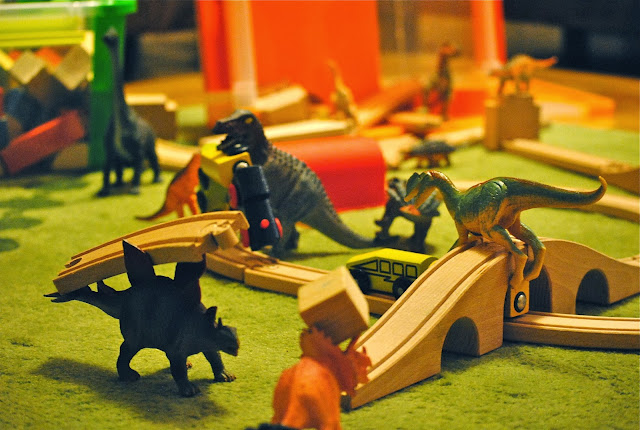 After all the eating, terrorizing and building, they found some time for play. 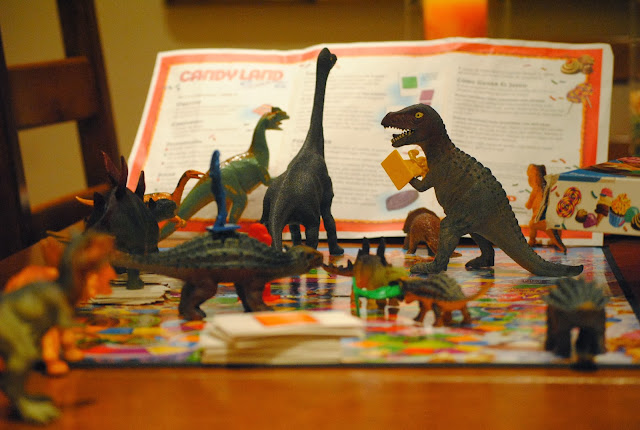 But now it was time to spend a couple nights at baka's house. Would they follow us? Unfortunately, there were no dinosaurs at baka's but as soon as we got home, we asked mom and dad if they had done anything else while we were gone. They said no, so we forgot about it until we went to bed. 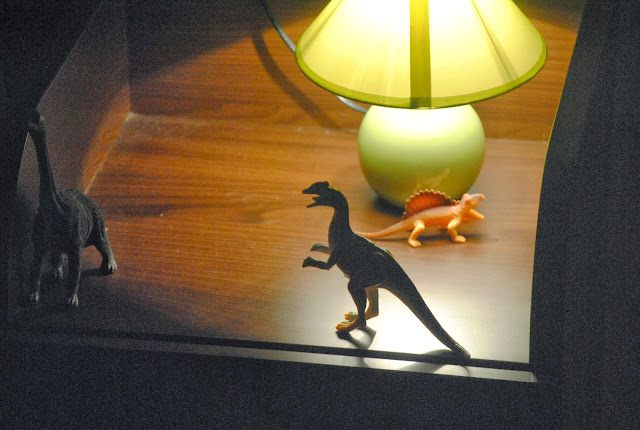 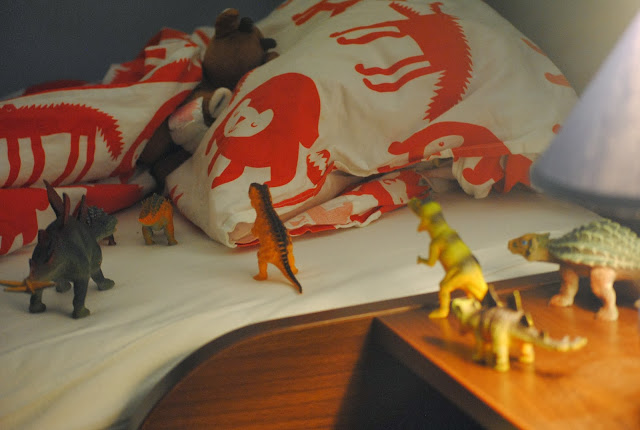 We threw the dinosaurs on the floor and went to sleep.
Posted by Jeremy at 5:11 AM No comments: Links to this post