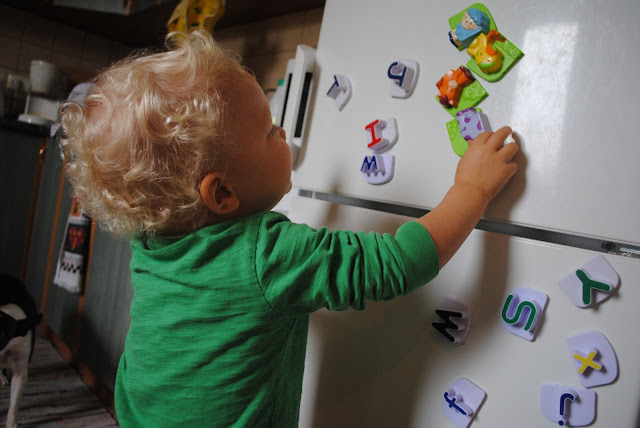 I just realized another reason why Paul calls us Christ's beloved children in the same verse he calls us to imitate Christ.

Today I was working with Ian to clean up his magnet letters.  He was having some trouble concentrating on finishing the job...until I helped him.  Then, the faster I worked, the faster he worked.  Before I began, I was concerned that my help would cause him to just stand by and watch while I finished the job.  But, knowing that we wouldn't do anything else until the task was completed, he imitated my pattern and did the same.

There aren't many teachers that prompt us to do anything like children.  But Paul had seen the natural tendency children have to imitate and knew that there was no better relationship to call Christ's followers to than that of a child.

Isn't it amazing that in the act of imitating Christ we work together to further His kingdom?
Posted by Jeremy at 3:43 PM No comments: Links to this post

A Friend Who Sticks Closer

Enoh has been "doing school" with his Mommy lately. In the Croatian activity book we have for him, there are several pages that encourage the young student to place stickers in their appropriate environments. 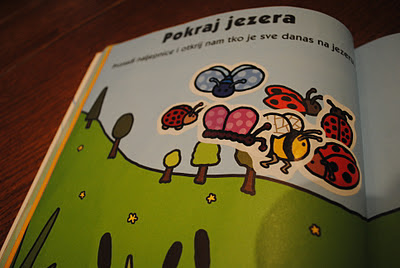 Petra has shown Enoh where some of the stickers could be placed strategically in order to make the picture look complete, but she found that he had the habit of putting all the stickers on one section of the page. 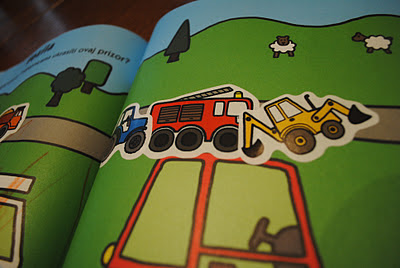 When she asked him why he didn't spread them out he said... 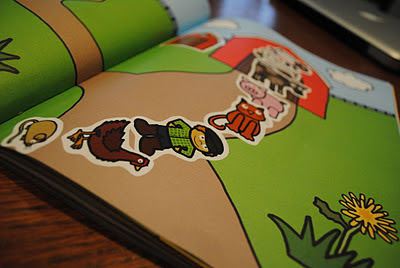 ..."because mommy - they're friends!"
Posted by Jeremy at 8:18 AM No comments: Links to this post 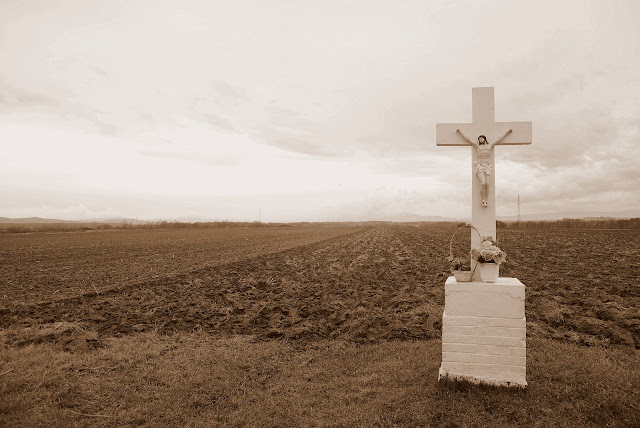 I recently finished an author whose grasp I cannot escape. German theologian Ernst Käsemann explores the Gospel of John in The Testament of Jesus and claims some surprising results - the boldest of which I disagree with strongly.  Yet, Käsemann has deepened my understanding of Jesus.


Here are some quotes from Käsemann's book I found especially meaningful:


On Theology:
"Faith does not limit itself to theology and theology cannot guarantee faith, much less be a substitute for it.  Without theology, however, faith cannot be kept alive and proclamation cannot rightly be made."

On Unity:
"Christian unity exists concretely only so long as it remains a task to be fulfilled."
"Christian unity must not merely be demanded, but also be rightly understood, rightly substantiated and taught."

On Love:
"Love in John means something other than an emotion and it transcends even the sphere of ethical decisions.  Love does not merely respect the rights or the needs of the other person in personal conduct.  Love speaks to the other person and thus communicates itself, or else it preserves what is heard and so accepts the self-disclosure of the other person also through its own deeds of love."

On Faith:
"Faith means one thing only; to know who Jesus is.  This knowing is not merely theoretical, for it verifies itself only in remaining with Jesus."
Posted by Jeremy at 7:27 AM No comments: Links to this post 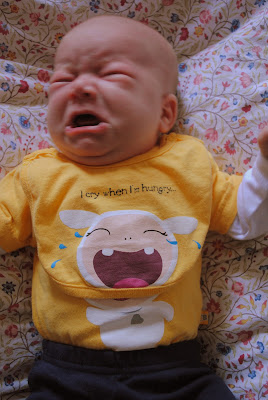 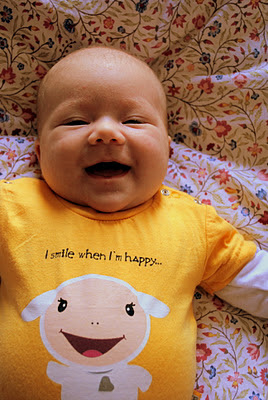 .
Never underestimate the importance of a good meal.
Posted by Jeremy at 1:54 PM No comments: Links to this post

Teaching our kids two languages felt more like an experiment than anything else at the beginning.  We decided, when Enoh was in the womb, that Petra would speak Croatian to our children while I spoke English.  Enoh was confused for awhile - and he began speaking much later than many toddlers.  There were times when I thought maybe we were being cruel to the little guy.  But my wife deserves credit for convincing me to stick with it.
It's paying off.  Enoh seems to already understand who to speak to in English and who to speak to in Croatian without really thinking about it.  Of course, he doesn't know either language well yet.  But he gets by in both.  I've been surprised at how quickly he has learned.
Here's a glimpse at what a bi-lingual conversation looks like at 1-and-a-half years old (Ian) and 3 years old (Enoh):
Posted by Jeremy at 5:43 AM 1 comment: Links to this post